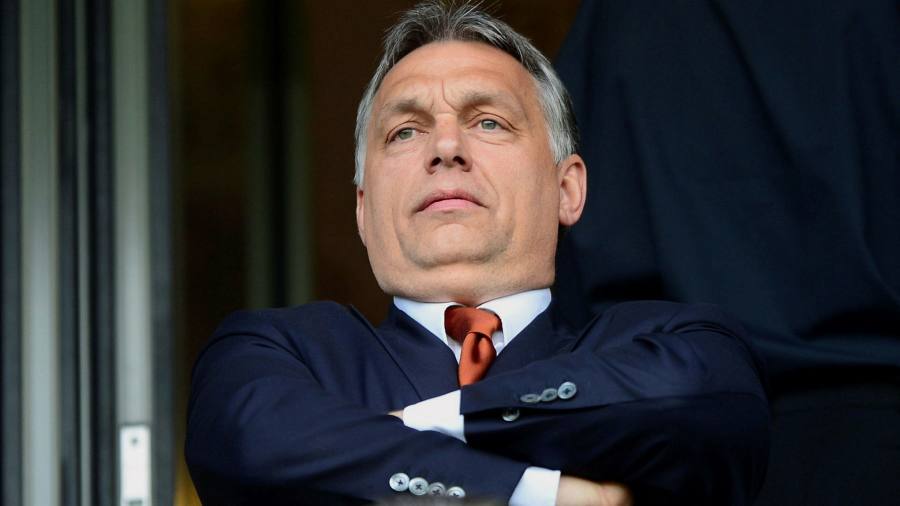 The European Commission is set to warn of increasing threats to judicial independence and to the fight against official corruption in Hungary and Poland, underscoring deep concerns within Brussels as the two countries seek EU approval for their recovery plans.

A report from the commission into the maintenance of the rule of law, due on Tuesday, highlights “serious concerns” over judicial independence in both Poland and Hungary, and heavily criticises Budapest for failing to address clientelism and favouritism at high levels of the government.

The report, draft chapters of which were seen by the Financial Times, covers developments in all 27 EU member states, giving a health check on justice systems, media freedom and institutional checks and balances.

The sections on Poland and Hungary are particularly sensitive, as the two countries are seeking approval for multibillion-euro bids for a share of the €800bn EU recovery fund.

The commission is under intense pressure from MEPs to toughen its approach to breaches of the rule of law, including potentially withholding payments of EU funds to member states that persistently flout the union’s values.

Both Poland and Hungary submitted their recovery plans to the commission more than two months ago, but their capitals remain in dialogue with Brussels as they await its sign-off. Poland has bid for nearly €24bn of Next Generation EU grants, while Hungary wants to access funds of more than €7bn.

Hungarian prime minister Viktor Orban’s bid has received particular scrutiny because of a bill to ban content depicting or promoting LGBTI+ people in schools and the media. Last week Paolo Gentiloni, the EU’s economics commissioner, said it could be weeks before Hungary’s plan gets approved.

Poland has received an extra month from Brussels as it seeks to win approval for its plan. The commission’s rule of law report is set to highlight a steady deterioration in perceptions of the Polish justice system over the past five years, warning that “multiple aspects of justice reform raise serious concerns as regards the rule of law, in particular judicial independence”.

Didier Reynders, the EU’s justice commissioner, has warned that challenges to the primacy of EU law such as those in Poland, as well as in countries including Germany and France, could “destroy the union itself” if left unaddressed.

Those concerns were intensified last week by a ruling from Poland’s constitutional tribunal that found that Warsaw does not have to comply with orders from the European Court of Justice relating to its judiciary.

The rule of law report also flags concerns over the Hungarian judicial system, and the selection of Zsolt András Varga as president of its supreme court.

The appointment came despite his nomination being rejected by the National Judicial Council, a self-governing body of judges, which cited a lack of qualifying experience. Such appointments, the commission said, “raise serious concerns as regards judicial independence.”

The draft report criticises Budapest over official corruption, complaining of insufficient independent control mechanisms and a lack of “systemic checks”.

The commission draft also sees worrying signs on this score in Poland, where it finds a risk of “undue influence” on corruption prosecutions. The report raises particular concern over the fact that the minister of justice is also the country’s prosecutor-general.

In its coverage of the other EU member states, the draft report also flags corruption concerns in Austria and Bulgaria and cites issues with high-level conflicts of interest in the Czech Republic, which won commission approval for its €7bn recovery plan on Monday.

The report points to threats to media independence and funding in a number of member states, in part because of the economic pressure during the Covid-19 lockdowns. It highlights attacks on journalists — especially those investigating crime and corruption — citing the murder of Dutch journalist Peter De Vries in Amsterdam this month.

It is due to be unveiled on Tuesday by Reynders and Vera Jourova, the commission vice-president.

Brussels is facing mounting calls to step up its defence of the rule of law across the union as leaders including Orban openly challenge values and legal principles the EU claims to stand for. Article 7 disciplinary proceedings initiated against Budapest and Warsaw remain stuck, highlighting the EU’s struggle to prevent backsliding.

The tensions have recently been highlighted in Slovenia, the holder of the EU’s rotating presidency, where Janez Jansa, the prime minister, has publicly attacked the media and judiciary.

What is the Bitcoin Loophole, and how does it work?
Stocks making the biggest moves midday: Wayfair, Meta, Apple, Spotify, Qualcomm and more
Total crypto market cap rises above $1T, and data suggests more upside is in store
Nadhim Zahawi sacked as Tory party chair over his tax affairs
Rent prices have dropped the most in these 5 U.S. metro areas. Why it’s cheaper to rent in many markets