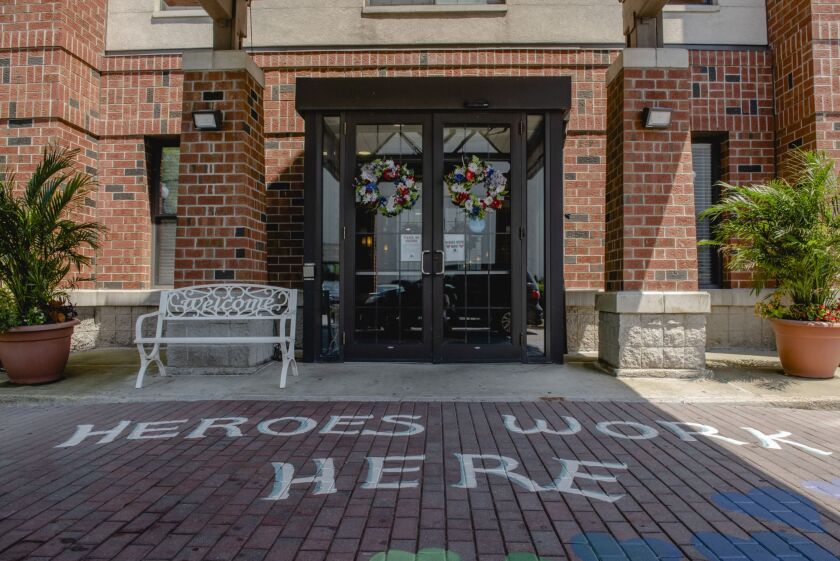 A group of bondholders with a stake in Great Lakes Senior Living Communities LLC’s $380 million of debt agreed to a forbearance that diverts funds earmarked for debt service to pay for capital needs under a restructuring designed to help the facilities recover from the COVID-19 pandemic’s blows.

In a series of disclosures, Great Lakes laid out its capital needs and the pandemic’s fiscal 2020 wounds that drove up costs and stunted occupancy goals that have strained debt service coverage ratios and driven deep rating downgrades.

“To meet these capital needs we anticipate funding near term essential expenditures” for the facilities “through a combination of additional subordinated bonds and a restructuring of the existing series 2019E bonds,” Chris Hicks, assistant vice president for capital markets and corporate development at Provident Resources Group Inc., told bondholders on a quarterly call hosted on June 29.

Provident is the sole member of Great Lakes.

Great Lakes recently entered the forbearance agreement with E Series bondholders to forgo their interest payment “so that amounts that otherwise would be used to make interest payments…will be available for other uses in connection with the project including but not limited to funding needed reserves for repair and replacement,” reads a July 15 filing from Provident Resources Group to trustee Bank of New York Mellon.

Under the forbearance, E holders agreed to waive interest on their bonds through Nov. 30 or when an amended indenture is delivered that would put off interest payments through Jan. 1, 2025, Hicks told bondholders on the call. Various documents report that principal and interest would be deferred.

As part of the plan to implement a $4 million capital reserve that would cover needs for four years, Great Lakes is working with its original underwriter BofA Securities as placement agent on a new, roughly $5 million subordinated series of bonds.

Series A holders are considered the controlling party on the bonds and so their approval would be needed, Hicks said. “The team is working to effenctuate this finance plan as expeditiously as possible,” Hicks said on the June 29th call.

The status of the proposed issue was not immediately available.

Two of the eight housing properties are located in the Cleveland metro area with the remainder spread throughout Michigan. All are older and are competing with newer facilities built during a spike in construction between 2015 and 2017.

Proceeds from the original sale also funded debt service reserves for the B and C series. Interest rates ranged from 4% to 8% with only about $20 million of principal scheduled to be paid through 2025 and a final maturity in 2054.

S&P Global Ratings originally rated the bonds at the investment grade level category of BBB-plus on the A series, BBB on the B series and the C series was at the speculative grade level of BB-plus. The D and E series were not rated.

S&P cut all ratings to junk in June 2020 after its implemented a revised methodology for U.S. public finance rental housing bonds published the previous April.

The COVID-19 pandemic weighed on the ratings as it has across the sector as facilities incurred greater costs to improve safety measures and confronted delays in attracting new senior occupants.

The negative outlook “reflects our expectation that the public health crisis and social risks posed by the COVID-19 pandemic are likely to have a potentially severe and ongoing negative impact on affordable age-restricted housing,” S&P said. “Specific to GLSLC, the effects of the pandemic, including increased operating expenses and decreases in rental revenue, present ongoing uncertainties and challenges for the project, some of which are already evident in first quarter 2020 operating statements.”

After S&P reviewed fiscal 2020 fourth quarter results posted this past February, analysts in March knocked the ratings down by three notches due to a “rapid and material deterioration in the project’s financial and operating performance,” S&P said.

S&P cut the series A bonds to B-plus from BB-plus, the BB rated B series to B and the BB-minus C series to B-minus.

The weak performance drove an abrupt drop in debt service coverage ratios and the declining occupancy drove the decision to also put the ratings on CreditWatch with negative implications.

On May 27, S&P extended the CreditWatch placement for another 90 days to review audited results from fiscal 2020.

The facilities suffered a net loss of $16 million for 2020 and occupancy was at a collective 86%.

Occupancy for the first quarter of this year fell short of a budgeted level around 90% and higher costs and lower occupancy levels and challenges meeting staffing needs have continued to weigh on the balance sheet in 2021. The trustee was holding $4.9 million to meet the July 1 debt service requirements. The facilities are meeting cash flow requirements based on days cash on hand.

The sole member of Great Lakes Senior Living Communities LLC is Provident Resources –a not-for-profit nonprofit based in Baton Rouge, LA that operates 33 projects across 18 states and the District of Columbia in senior living, student housing, healthcare, and through local government partnerships.

“Despite our belief that Provident has a vested interest in the success of the project, we note that it has no financial equity in the project, and little evidence exists that it possesses the resources to intervene and provide financial support in the event of distress,” S&P said.

Defaults underscore the lingering stress on the sector with all three first time defaults disclosed last week coming from senior living projects. The sector accounts for 23 of 36 municipal defaults so far this year, Municipal Market Analytics said in its weekly default trend report.

“Retirement borrowers account for 63% of first time defaults by number,” MMA said. The current year “already has the second-most retirement sector defaults of any full year. This year’s concentration likely speaks as much too exceptional, industry-wide access to rescue financings as it does the particular vulnerability of senior living projects to the pandemic.”

The par outstanding impacted totals $1.27 billion so far and is equivalent to 3.36% of all non-pre-refunded retirement sector par outstanding as of Jan. 1, MMA noted. “That’s the worst full year default experience for any major credit sector since at least 2013,” MMA said.