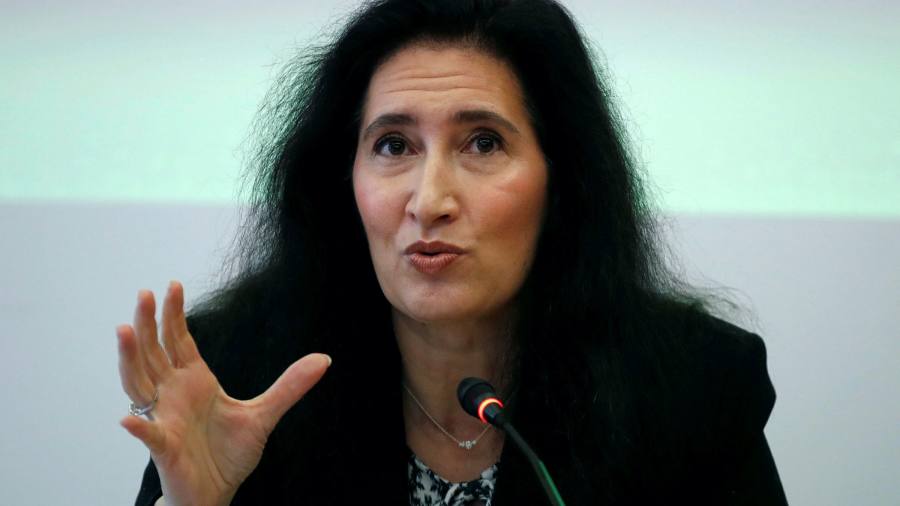 Multimillion-euro fines can force Big Tech companies to change their behaviour, despite their deep pockets, the president of the French Competition Authority has argued.

Isabelle de Silva said she did not believe sanctions could be played down as merely “the cost of doing business”, breaking away from the consensus in the EU, where competition officials have struggled for years to contain the market power of Big Tech, despite levying billions of euros of penalties.

“It is not my line of thinking,” she said in an interview with the Financial Times. “Fines are an element of the identification of what is wrong in the conduct.”

De Silva’s comments come as the slow pace of antitrust probes and the apparent inefficiency of the fines has frustrated European regulators. In October 2019, the region’s top enforcer of competition and digital policy, Margrethe Vestager, admitted that fines were not enough to ensure a fair playing field.

In France, however, De Silva argues that the work done by competition regulators is having an impact. Since June, her office has hit Google with €720m in fines in two separate cases.

The first was related to its advertising technology business, and investigators mapped out how Google leverages its different roles in selling online banner ads to disadvantage competitors. The California-based group decided to settle and pay €220m in penalties in full with no appeal — a first for the search engine giant.

The French competition authority also fined Google €500m in July after it failed to follow an order to reach a fair deal with the country’s publishers over payment for their content. Google is considering appealing against the penalty.

De Silva said: “When you take the adtech case, the basis of the fine is the way that Google is operating the auction and it’s intrinsic to how they make money today.”

“This fine is not just the cost of doing business because it means they really have to change the way they operate auctions.”

The French authority had so far been the only watchdog able to extract a fine from Google without an appeal, she added.

Google is currently appealing against all three fines handed by the European Commission before the courts, including a €4.34bn fine from 2018 — the largest ever antitrust penalty imposed by Brussels.

Both sides are set to meet at a court hearing in late September related to a 2018 decision over alleged anti-competitive behaviour against the Android mobile operating system’s rivals.

In November, the EU’s second-highest court will rule on a 2017 fine on Google for allegedly favouring its own price-comparison service over rivals, more than a decade since the EU started its investigation. Regardless of the outcome, the losing side is almost certainly likely to appeal against any decision.

De Silva acknowledged that competition enforcement sometimes moved slowly but said it was still having a positive impact. She pushed back at the idea that regulation kills innovation — a notion advanced by powerful tech lobbyists in Brussels — and she said Google and other very large platforms would still have the ability to generate profits even after tougher rules are enacted in Brussels next year.

EU regulators, the European Parliament and member states are revising draft rules to curb the power of big tech in a major overhaul of the laws ruling the internet in the bloc.

She said: “By enforcing antitrust law you tackle some inefficiencies that affect growth and profitability in Europe but without prejudicing those big companies.

“[New rules] will not prevent companies from making a lot of money and being profitable. I don’t see it being a threat to business or prosperity.”

Hong Kong services to rebound as China reopens, but UBP says sector is coming from ‘fragile situation’
Salt Lake City, Dallas And Denver Are Expected To Have The Biggest Inventory Gains In 2023
Bitcoin, Ethereum Technical Analysis: ETH, BTC Marginally Higher Ahead of FOMC Meeting Results
Nashville Estate Loved By Country Music Celebrities Is Up For Absolute Auction
27 Best Valentine’s Day Gifts For The Home In 2023