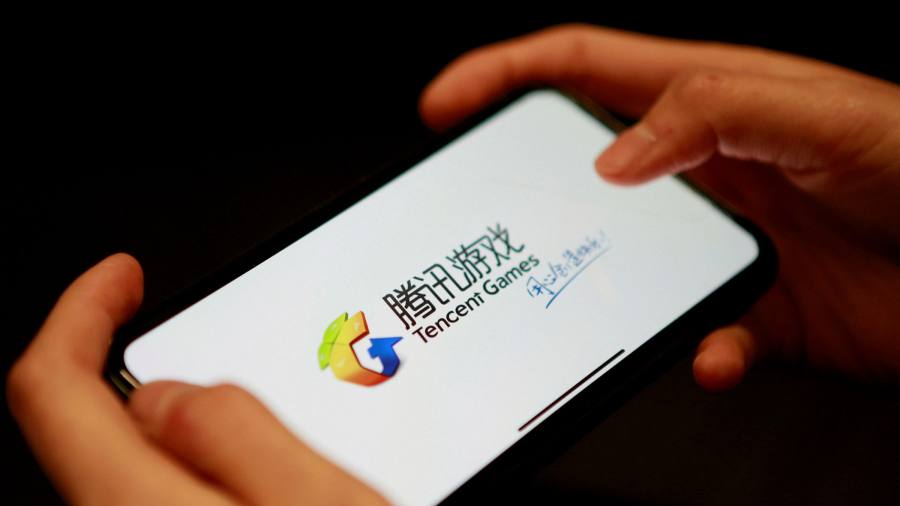 Tencent has announced new restrictions limiting how long minors can play its online games after the Chinese internet group came under intense pressure from state media, which labelled the gaming industry a “spiritual opium”.

In a social media post, the company said it was introducing the measures after “relevant authorities” requested greater protection of minors in gaming and for companies to carry out their “societal responsibility”.

Shares in Tencent, whose online games business generated Rmb39.1bn ($6bn) in the first quarter and accounted for 30 per cent of its total revenues, fell as much as 10.8 per cent in Hong Kong before paring losses to be down about 6 per cent following the company’s announcement.

The renewed volatility came after China’s tech stocks notched their worst month since the global financial crisis in July following an unprecedented regulatory campaign against tech sectors including education, ride-hailing and social media.

Tencent’s new restrictions, which will initially apply only to its flagship title Honor of Kings, will further reduce the duration that minors are allowed to spend gaming each day, prohibiting anyone under the age of 12 from in-game spending and clamp down on minors playing on adult accounts.

Tencent also raised three proposals for the entire industry including strengthening systems to tackle gaming addiction and called for consideration of a complete ban for those younger than 12.

The announcement from the Chinese internet giant came after an article in the Economic Information Daily newspaper, which is run by state news agency Xinhua, said online video games had grown into “spiritual opium worth hundreds of billions”. One expert warned that “no industry . . . can develop in a way that destroys a generation”.

The article published on Tuesday morning did not mention Tencent by name but complained of widespread internet addiction among China’s youth. It quoted unnamed students as saying that some of their classmates spent as many as eight hours a day on Honor of Kings and warned that this “new type of electronic drug” was “advancing by leaps and bounds”.

The historically charged comparison, likening Chinese video game makers to the foreign opium peddlers whose trade contributed to the disintegration of imperial China, also sent shares of some of Tencent’s rivals sharply lower in morning trading.

NetEase and XD dropped as much as 15.7 and 21.8 per cent, respectively. China’s video games market was worth $43.1bn in 2020, according to Niko Partners, a research firm and consultancy.

The attack by state media on Chinese tech groups also weighed on shares in Shanghai and Shenzhen. These had steadied in recent days following a conference call in which China’s securities regulator sought to reassure global and domestic financial groups over Beijing’s relentless crackdown on the sector.

The pressure from regulators and state media signalled a new challenge for Tencent, which controls the country’s ubiquitous WeChat social networking and payments app and had until recently come through the regulatory assault relatively unscathed.

That changed abruptly last week, when the company announced it was halting all user registrations for WeChat as it upgraded its security technology to “align with all relevant laws and regulations”. Tencent’s stock has dropped more than a quarter over the past month.

“The timing of the article certainly raises concerns among investors due to the crackdown we’ve seen recently [on Chinese tech],” said Daniel Ahmad, a senior analyst at Niko Partners.

But he added that it was not the first time games had been compared to drugs in China. The article’s publication also followed rules that came into effect on June 1 that require companies to verify players’ ages and identities to limit how much time minors spend playing.