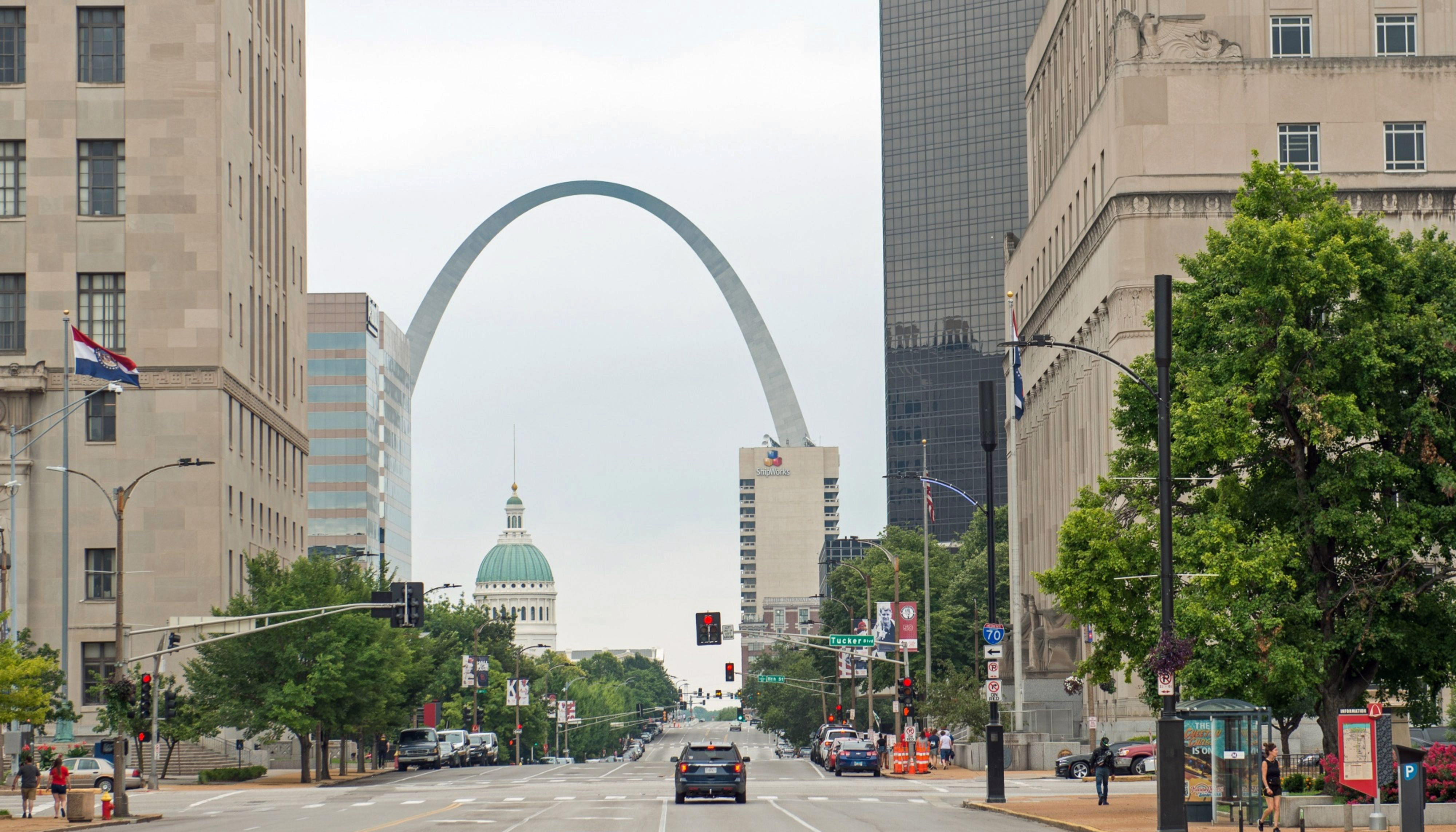 St. Louis’ multi-year trend of surpluses garnered an upgrade from Moody’s Investors Service that reverses a trend of downgrades from the rating agency.

Moody’s raised the city’s general obligation rating to A3 with a stable outlook from Baa1 Monday. The St. Louis Municipal Corp.’s lease appropriation debt for essential purposes rose to Baa1 from Baa2 and lease debt for less essential purposes was raised to Baa2 from Baa3.

“The stable outlook reflects the expectation that ongoing economic development coupled with $498 million of federal funding through the American Rescue Plan Act will provide stability and flexibility to adapt to changing economic conditions over the next few years,” Moody’s said.

The upgrade comes just a few days after Comptroller Darlene Green announced a $31.9 million operating surplus for fiscal 2021 that ended June 30. Although total revenue was nearly flat compared to fiscal 2020 it exceeded budgeted projections by $25.2 million and departmental expenditures came in $6.7 million lower than appropriations by $6.7 million.

Under city ordinance, half of the balance goes into the city’s capital fund and the other half to the city’s general fund reserve.

“These rating upgrades reflect the steady work we have done as a city to build reserves and strengthen fiscal management,” Green said in a statement Tuesday.

“We are making progress and we are fortunate that fiscal impacts from the coronavirus pandemic have not been as drastic as we feared. But the job is not complete — we must continue to work together as city leaders to find creative ways to spur development and grow revenue,” said Green, who holds the elected post that manages city borrowing.

After Moody’s downgraded the city to Baa1 in 2018, Green sounded alarms calling it a “wake-up call” for leaders to limit their use of city tax dollars and the city’s credit to promote special projects as it marked the fourth consecutive year the city suffered a Moody’s hit. The city had at the time recently committed funds to support the renovation of the city-owned Scottrade Center, the venue of the St. Louis Blues hockey team, since renamed the Enterprise Center.

The city carries an A-minus rating from Fitch Ratings and A-plus from S&P Global Ratings. Both rate lease appropriation bonds one notch lower.

In May, S&P revised its outlook to stable from negative where it had moved the outlook in June 2020, due to the fiscal wounds expected from the COVID-19 pandemic.

Also in May ahead of a special obligation sale through the city’s land clearance redevelopment authority, Fitch raised the city’s outlook to positive from stable in recognition of its “improved financial resilience as evidenced by the increases in reserve levels over the past several years.”

St. Louis ended fiscal 2020 with available reserves of $101 million or 19.5% of expenditures, Fitch said. While revenue did fall in the fourth quarter of fiscal 2020, the city was able to achieve a surplus due to spending cuts. fiscal 2021 revenue hits were not as severe as originally projected.

The city anticipates revenues and expenses will grow in fiscal 2022 and the budget is balanced with the use of $17.3 million of American Rescue Plan Act funds to replace lost revenue.