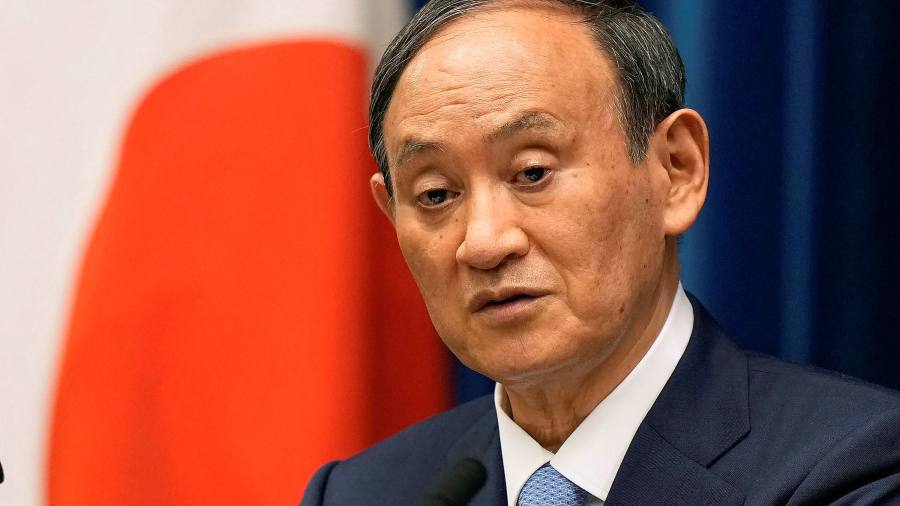 Yoshihide Suga will step down as Japan’s prime minister after just a year in office, during which his popularity plummeted as he struggled to contain Covid-19.

Suga announced on Friday that he would not seek re-election in this month’s leadership race for the ruling Liberal Democratic party, according to Toshihiro Nikai, the party’s secretary-general. The winner of that contest will lead the party in a general election that must be held by November 30.

The news extended a rally in Japanese stocks that took the benchmark Topix to a 30-year high as traders bet that the change of leadership would usher in greater stimulus.

Suga’s exit marks the return of political volatility and shortlived premierships to Japanese politics, after a long period of stability under former prime minister Shinzo Abe, who stepped down on health grounds just over a year ago.

“Frankly I’m surprised, but I believe it’s a decision the prime minister reached after careful deliberation, and we all accepted it,” Nikai told reporters.

Suga’s approval rating has fallen below 30 per cent, stoking concerns that the LDP would face a tough general election, with many of the country’s big cities still under a Covid state of emergency.

When the premier’s poll ratings failed to recover after the Tokyo Olympics, his influence began to drain away. Increasingly powerful rivals, including Fumio Kishida, a former foreign minister, launched leadership challenges.

With Suga out, contenders from other factions of the LDP are set to join Kishida in the race. Opinion polls suggested the most popular candidate would be vaccines minister Taro Kono, a fluent English speaker who has served as defence and foreign minister. But some colleagues distrusted Kono’s independent approach to policy.

The party election will take place on September 29.

The LDP’s factional politics will probably play a decisive role, with the winner needing a coalition of support across the party. Most significant is the 96-member faction associated with Abe and the 55-member bloc led by Taro Aso, the finance minister.

Equity traders in Tokyo said that in the short-term, investors would probably welcome the news of Suga’s departure. Despite weeks of mounting uncertainty over the prime minister’s political future and the potential end of his supposedly reformist agenda, Japanese equities have enjoyed a sustained rally since August 20.

Takeo Kamai, head of execution services at CLSA in Tokyo said: “The next question the markets will focus on will be how many seats the LDP may lose at the general election but, in the short-term, I think investors are going to welcome this and the chance that someone like Kishida comes in with a lot more stimulus”.

The yen slipped below ¥110 against the US dollar on the news, well within the range of recent trading. But traders expected that it would continue to weaken until Japan’s next leader was chosen.