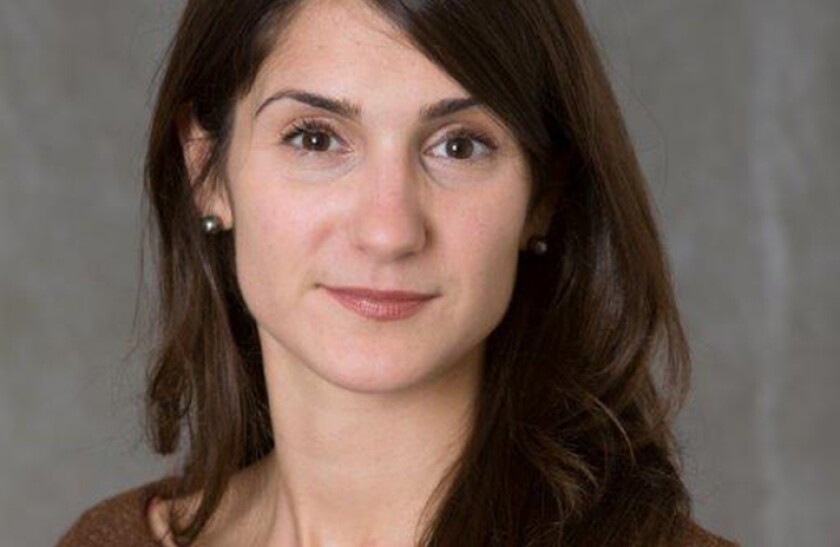 Kristen Fontana always had an affinity for the policy side of public finance. After dipping her toes into public finance with an internship at an investment bank during the financial crisis, she decided to go back to school for a graduate degree.

There, Kristen said, her “eyes were opened” to the connection between policymaking and state and local government finance.

The 10 years at Wells Fargo have been exciting and not plain vanilla.

In nomination Kristen for the Rising Star program, Charles Peck, Wells’ head of public finance investment banking, said, “Kristen’s effectiveness in her role is driven by her ability to work in collaboration with bankers across the Wells Fargo platform as well as underwriters, salespeople and traders. Her broad perspective allows for the crossover of ideas and innovative credit strategies.”

Things that would make work better for Kristen would be having more time so she could do more of the things she wants to do or having the ability to “be in more places than one.”

That would probably help in her personal life as well, as she and husband Peter “spend a lot of time chasing” their active two-year-old daughter Lucy. Kristen enjoys the outdoors, yoga, painting and drawing.

Top Wall Street analysts like these stocks for maximum returns
What is a ‘rolling recession’ and how does it affect consumers? Economic experts explain
January job growth is forecast to slow slightly, but the impact from big corporate layoffs is uncertain
LTC, AVAX, APT and FTM prepare to rally as Bitcoin price targets $24K
Yellen says raising debt limit is only solution to avoid fiscal crisis