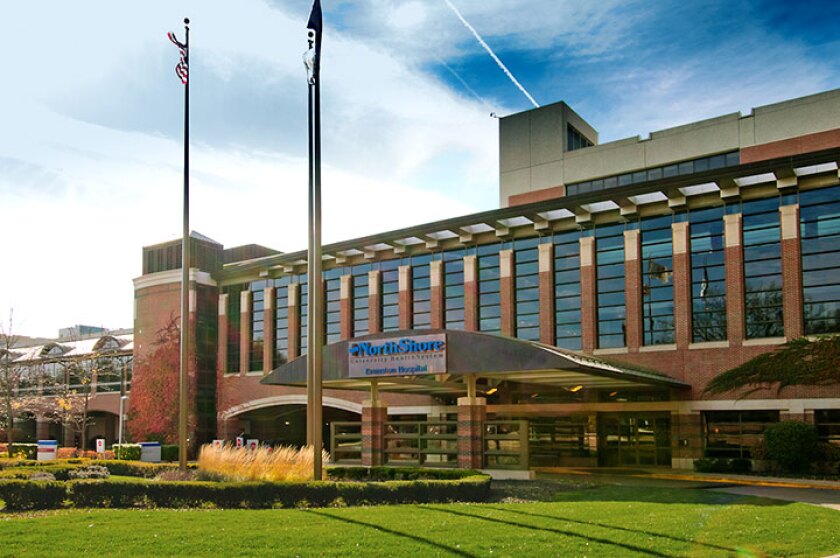 Warrenville-based Edward-Elmhurst operates three hospitals west of Chicago — Edward Hospital in Naperville, Elmhurst Hospital in Elmhurst and a behavioral facility located on Edward’s campus. Edward and Elmhurst hospitals merged in 2013 to create the system. EEH has more than $1 billion in annual operating revenues.

Evanston-based NorthShore operates six hospitals in the northern and northwest suburbs and on Chicago’s north side. Many had operated independently and joined the system in recent years including Swedish Covenant in Chicago and Northwest Community Healthcare in suburban Arlington Heights. NorthShore has $3.2 billion of annual revenues.

“NorthShore’s approach is aligned with Edward-Elmhurst in so many ways,” Mary Lou Mastro, president and chief executive officer of Edward-Elmhurst Health, said in a statement. “We share values and a vision for the future that gives us a strong foundation to create a needed regional alternative offering vibrant, community-connected healthcare.”

NorthShore’s President and CEO J.P. Gallagher will lead the new organization that will be divided into two service regions but governed by a single board. Mastro will serve as CEO of what will be considered the Edward-Elmhurst “region.”

The two systems each will invest $100 million in two community funds that will generate interest earnings to support community investments that advance economic growth and health equity, the systems said Wednesday in announcing the proposed union.

The two aim to close the transaction later this year pending regulatory approval. The merger could face heightened scrutiny given the Biden administration’s June announcement that it would target anti-competitive practices in a number of sectors, including healthcare.

NorthShore previously attempted to join the state’s largest system, then known as Advocate Health Care, but the Federal Trade Commission challenged it as damaging to competition because of the potential impact on insurer prices and it collapsed in 2017.

The order directs the FTC, which must sign off on mergers and acquisitions, and the Justice Department “to review and revise their merger guidelines to ensure patients are not harmed by such mergers” and vigorously enforce antitrust rules.

The merger plan marks the latest example of the healthcare sector’s ongoing consolidation that has continued amid the COVID-19 pandemic. The pandemic is influencing merger decisions, slowing some while speeding up others, and forcing some hospitals to rethink strategies. Larger systems still seek acquisitions and mergers to leverage their scale and broaden their regional expertise while smaller hospitals are searching for fiscally healthier partners.

A total of 27 mergers and acquisitions involving not-for-profit and for-profit hospitals were announced in the first half of the year, compared to 43 for the first half of 2020, but the revenue accounted for in the transactions remains on par at $17.2 billion this year compared to $17 billion last year, according to Kaufman Hall.

Merger discussions had gone on for several years between EEH and NorthShore officials but the pandemic forced both to focus instead on managing through the impact of COVID.

In June, Fitch Ratings affirmed Edward-Elmhurst’s A rating and stable outlook supported by “a strong financial profile assessment in the context of the system’s midrange revenue defensibility and midrange operating risk assessments. The system benefits from a leading market position in a quality service area.” Fitch said EEH’s debt totaled $670 million as of last year.

The Biggest Problem with Technical Analysis for Options Traders
NYSE says Tuesday’s trading glitch due to ‘manual error’
How to Find Unusual Options Activity in ThinkorSwim (Sizzle Index)
Stocks making the biggest moves after hours: Microsoft, Texas Instruments, Capital One & more
Should You Hide Out in Wal-Mart’s Stock?