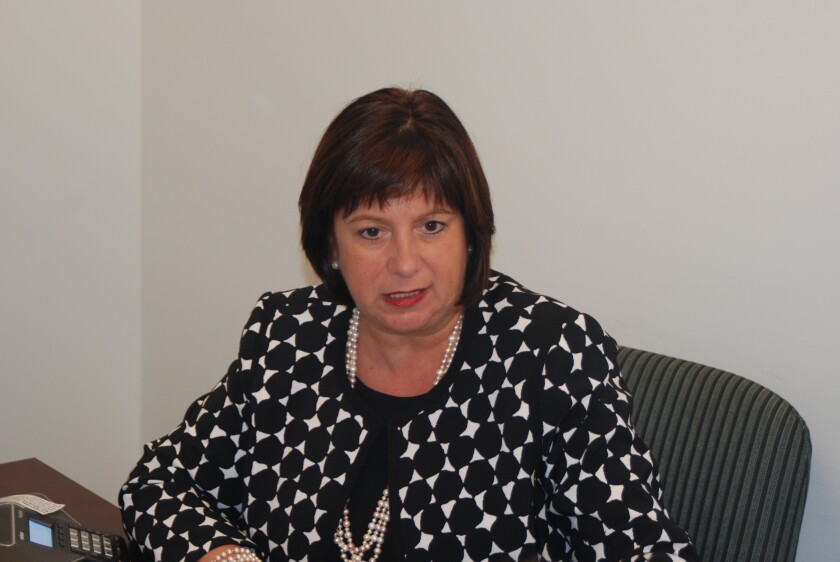 The Puerto Rico Oversight Board reiterated its position on pension cuts in the Plan of Adjustment Friday, the biggest source of tension it has with the local government, but was unclear on how willing it was to accommodate the government’s demands.

Puerto Rico Gov. Pedro Pierluisi and many of the legislators have called for zero cuts to the pensions. The proposed Plan of Adjustment has an 8.5% cut to pension of $1,500 or more each month. It also has a mechanism to reduce this cut if General Fund revenue comes in higher than expected.

Ballots on the plan have already been mailed to bondholders, pensioners, and other creditors. Some of those parties have already mailed the ballots back, Puerto Rico Oversight Board Executive Director Natalie Jaresko said Friday.

If the board, hypothetically, were to now agree to changed terms for the pensions, new ballots would have to be mailed out, Jaresko said. But there is not enough time for new ballots to be created and then for a vote to occur before the scheduled Confirmation Hearing, scheduled to start Nov. 8, Jaresko said.

“I do not expect there is time for another round of voting,” Jaresko said.

The board would like the legislature to approve the new restructured bonds and the contingent value instruments associated with the bonds, Jaresko said. The board does not need the legislature’s approval for the changes to the pensions.

However, the legislature has said it will not approve the new bonds if there is an impairment to the pensions. This is the issue that is facing the board and the local government.

The board has said it has the legal right to approve the entire Plan of Adjustment without local government legislation. However, bondholders have said they would be unhappy with that. At Friday’s meeting Nixon said there would be “issues” unless there was legislative action approving the plan’s new bonds and proposed contingent value instruments.

Jaresko and Board Member Justin Peterson said they were optimistic a deal could be reached with the local legislature.

After Jaresko said there was no time for a new voting round, The Bond Buyer asked her about the possibility of the bankruptcy judge moving the Confirmation Hearing date to accommodate new voting on a possible modified Plan of Adjustment. She said she would not comment on what she said was a hypothetical situation.

Jaresko said the board believed there was a legal requirement to impair the pensioners. Board Member John Nixon agreed.

Jaresko said the plan’s aggregate recovery for pensioners of 96.9% was higher than that of any of the creditor classes. This recovery could be higher if revenues come in better than expected.

Board Member Arthur González said in bankruptcy law pensions are considered a “general unsecured claim” along with several other claims. If one wants to pay a particular class with this group, in this case the pensioners, more than others in the class, one must be able to justify it, he said.

With the Puerto Rico pensions, the board can tell the judge that the pensioners already had cuts in 2007 and 2013. It can also say if cuts were aimed at the poorest pensioners the government would have to assist them because they would be in poverty. So, the board can say those sorts of cuts would be counterproductive to attaining government fiscal health.

Board Member Andrew Biggs said the pensions were being cut to make government payment of them more affordable over the long run and to assure the government can pay them.

Nixon likened Puerto Rico’s financial situation to a “house of cards that could totally implode.” If the current proposed Plan of Adjustment falls through, bondholders holding Commonwealth-guaranteed debt could seek a court to affirm their pole position above the pensioners.

Mega-mergers stand out amid a 2022 dip in hospital consolidation
NFT creator: Amber Vittoria crushes it in her ‘Big Girl Pants’
$11 Million Condo In New York Historic NoMad Neighborhood Stays True To Its Glory Days
Biden administration rolls out a blueprint for a ‘renters bill of rights’ – Here’s what it includes
Total crypto market cap rises above $1T, and data suggests more upside is in store