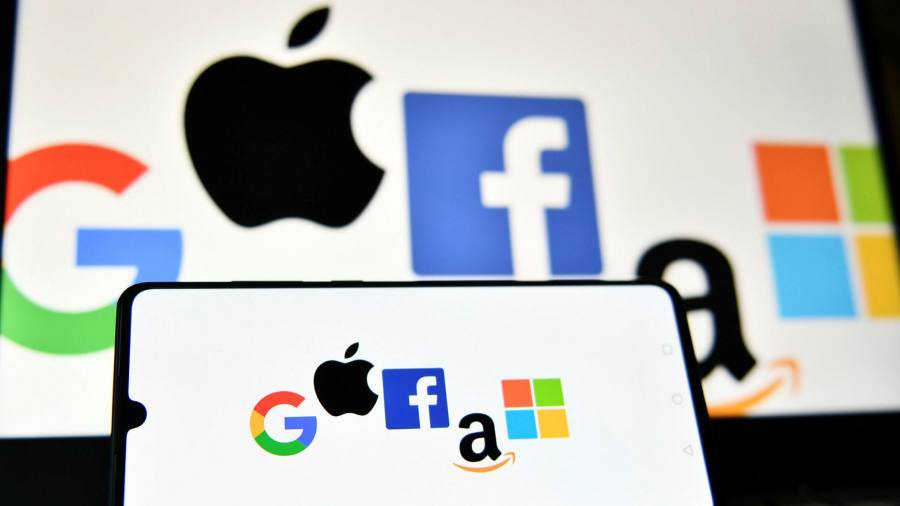 The world’s largest technology companies have snapped up smaller rivals at a record pace this year in a buying spree that comes as US politicians and regulators prepare to crack down on “under the radar” deals.

Data from Refinitiv analysed by the Financial Times show that tech companies have spent at least $264bn buying up potential rivals worth less than $1bn since the start of 2021 — double the previous record registered in 2000 during the dotcom boom.

The glut of acquisitions comes amid much tougher scrutiny from the White House, regulators and members of Congress, who have accused large technology companies — particularly Apple, Facebook, Google, Amazon and Microsoft — of stifling competition and harming consumers.

The Federal Trade Commission is already investigating Facebook’s long-completed acquisitions of Instagram and WhatsApp, and has warned it could scrutinise other transactions even after they have gone through. It has the power to unwind deals if it deems them illegal and to block others in the future.

The commission last week released the results of a study on tech M&A activity from 2010 to 2019, putting a spotlight on a decade of frenetic activity in which companies bought up smaller rivals at a rapid pace.

Lina Khan, the FTC chair, said the study “underscores the need for us to closely examine reporting requirements . . . and to identify areas where the FTC may have created loopholes that are unjustifiably enabling deals to fly under the radar”.

Transactions valued at less than $92m do not need to be reported to US regulatory authorities.

The FT’s data analysis shows that despite such warnings, the dealmaking has increased pace since the end of the report’s timeframe. Since the start of the year, tech companies have inked a record 9,222 transactions to buy start-ups worth less than a billion dollars, about 40 per cent above the 2000 levels.

Barry Lynn, director of the Washington-based Open Markets Institute, said: “This was entirely foreseeable — in hard times, the companies which are already entrenched get that much more entrenched.”

“This dealmaking is bad because it makes these corporations that much more powerful. It increases their power over the people who work for them, over capital markets and investors, and it blocks off the kind of competition that can bring innovation.”

Tech mergers and acquisitions of all sizes have reached new highs in 2021, partly because companies bolstered digital capabilities as millions of people embraced the internet and ecommerce during the pandemic.

The FTC study revealed that Apple, Facebook, Amazon, Google and Microsoft between January 2010 and December 2019 made 819 acquisitions that were not registered as they failed to meet reporting requirements. Apart from the size of the transaction, other exemptions may include cross border deals in which the buyer is not acquiring control.

“[The study] captures the extent to which these firms have devoted tremendous resources to acquiring start-ups, patent portfolios, and entire teams of technologists — and how they were able to do so largely outside of our purview,” said Khan.

Deals worth less than the $92m reporting threshold also hit an all-time high this year, according to Refinitiv data, with $66bn spent taking over assets in this size category, through 8,451 transactions — up 35 per cent from a year earlier.

Microsoft, the software to cloud computing group, has been the biggest acquirer of small assets among the five companies featured in the report with nine transactions below the FTC threshold. The company founded by Bill Gates also made some larger deals, including taking over voice tech pioneer Nuance for $16bn.

The second most acquisitive in the small deals category was Amazon, the ecommerce giant, with eight transactions. Jeff Bezos’ company also made one mega-deal as it bought legendary film studio MGM for $8.45bn.

The FTC report comes amid a battle to transform US antitrust led by the Biden administration as well as the regulator, which has gained fresh firepower under Khan, now one of the most influential figures at the forefront of Washington’s fair competition movement.

The findings follow a sweeping order signed by Joe Biden in July aimed at curbing the sway of big business by eliminating anti-competitive practices. The order, which spanned sectors from technology and transportation to healthcare and banking, is part of the Biden administration’s broader strategy to tackle concentrations of corporate power in several industries.

Apple, Facebook, Amazon, Google and Microsoft made 616 acquisitions valued at more than $1m, more than 75 per cent of which included non-compete clauses for the target companies’ founders and key employees, according to the FTC report. At least 40 per cent of the deals showing the assets’ age involved companies that were less than five years old.

Rebecca Kelly Slaughter, an FTC commissioner, said: “I think of serial acquisitions as a Pac-Man strategy: Each individual merger, viewed independently, may not seem to have a significant impact, but the collective impact of hundreds of smaller acquisitions can lead to a monopolistic behemoth”.