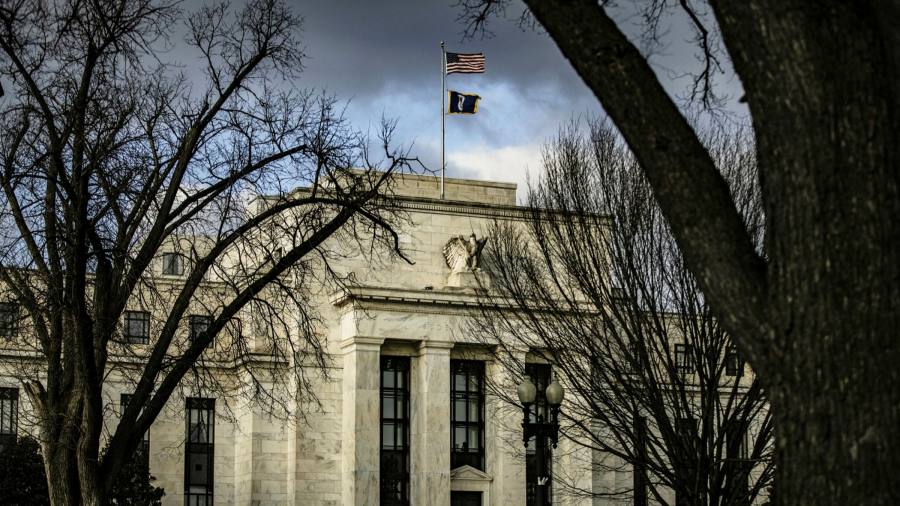 A growing number of Federal Reserve officials expect an interest rate increase next year as the central bank prepares to withdraw its enormous stimulus programme as early as November.

At the end of the two-day meeting on Wednesday, the Federal Open Market Committee kept its main interest rate on hold at the rock-bottom range of 0 to 0.25 per cent while pencilling in a faster transition to tighter monetary policy once interest rates are lifted.

Fed officials were evenly split on the likelihood of an interest rate increase in 2022, with nine predicting a move by the end of next year and the remaining nine holding off until 2023. In June, just seven officials pencilled in a rate rise next year.

At least three more interest rate increases are expected in 2024, according to the projections.

The accelerated timeline for interest rate increases was accompanied by explicit clues that the Fed will this year begin scaling back the $120bn asset purchase programme it introduced to shore up financial markets and the economy at the onset of the pandemic.

The Fed pledged to buy Treasuries and agency mortgage-backed securities at that pace until it sees “substantial further progress” towards inflation that averages 2 per cent and maximum employment. On Wednesday, it acknowledged progress towards those goals.

“If progress continues broadly as expected, the Committee judges that a moderation in the pace of asset purchases may soon be warranted,” the Fed said in a statement.

The Fed’s new set of economic projections suggested more elevated inflation than initially expected in June, when the median FOMC participant saw the core measure at 3 per cent in 2021 and 2.1 per cent in 2022. Now, those estimates have increased to 3.7 per cent and 2.3 per cent, respectively. The unemployment rate is set to steady at 4.8 cent this year, slightly higher than June’s forecasts, while gross domestic product growth is expected to moderate.

Fed officials see the economy expanding 5.9 per cent this year, compared to 7 per cent in June, before slipping further to 3.8 per cent in 2022.

The Fed meeting comes at a tenuous time for financial markets, which suffered the biggest sell-off in months this week amid worries about potential contagion from the liquidity crisis hamstringing China’s Evergrande, the world’s most indebted developer.

The dollar index, which weighs the greenback against a basket of six rival currencies, was slightly lower.

“As far as we can tell the core of the committee remains broadly dovish on the rate path,” said Ritchie Tuazon, portfolio manager at Capital Group.

That explains why stocks rose in response to the statement, analysts said — the equities market was fearful of a hawkish surprise and when that did not come, stocks rallied in relief. “We’re headed towards tapering as expected and the market is reacting as such,” Tuazon said.