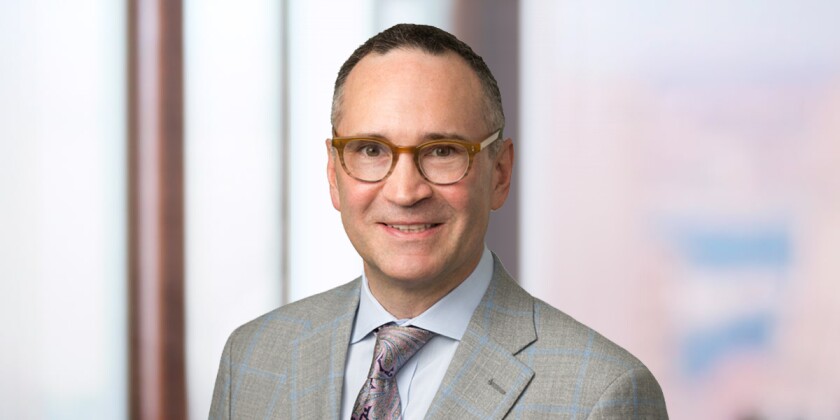 Mintz is bulking up its bankruptcy and restructuring practice with the hiring of veteran specialists Nathan Coco and Megan Preusker.

“Nathan is widely known as one of the best bondholder and bond trustee attorneys in the United States and Megan is an emerging leader with an impressive track record and wide ranging bankruptcy experience in courts throughout the country,” Bob Bodian, managing member at Mintz, said in a statement. “Their arrivals will ensure that Mintz remains a dominant player in the restructuring, workout and bankruptcy market for years to come.”

The firm said the additions are not aimed at filling any holes but rather deepening the already-regarded team of restructuring specialists and the firm remains in growth mode.

Coco is a 25-year veteran in municipal law and has represented clients in prominent Chapter 7, Chapter 9, and Chapter 11 filings across the country that include Lehman Brothers Holdings, United Airlines, the Commonwealth of Puerto Rico, Detroit, and San Bernardino.

Coco further specializes in the preservation of collateral and creditor rights and remedies upon a counterparty default or bankruptcy and counsels clients on the bankruptcy code “safe harbor” treatment of derivative financial product transactions.

Before joining the firm as a member, Coco spent 24 years at McDermott Will & Emery where he was a partner. Earlier in his legal career, he worked as an associate at Chapman and Cutler LLP.

Preusker specializes on corporate and municipal bankruptcies, out-of-court restructurings, and secured and unsecured creditor and debtor-side representations. “In 2021, Ms. Preusker was recognized by Best Lawyers: Ones to Watch for Bankruptcy and Creditor Debtor Rights/Insolvency and Reorganization Law,” the firm said in its statement.

Before joining Mintz as a member, Preusker spent eight years at McDermott where she began as an associate. She was elevated to partner last year and previously served as a clerk to a chief judge in federal bankruptcy court.

“The addition of Nathan and Megan adds to our expertise and activity in the muni bankruptcy space across all sectors including senior living, health care, higher education, charter schools, project finance and municipal insolvencies including Chapter 9s,” the firm said. “This practice enhances and is supported by our traditional public finance practice.”

The two lawyers join a team of 33 attorneys in the firm’s public finance, workout, bankruptcy, and restructuring practice. Preusker is based in Chicago and Coco in Houston.