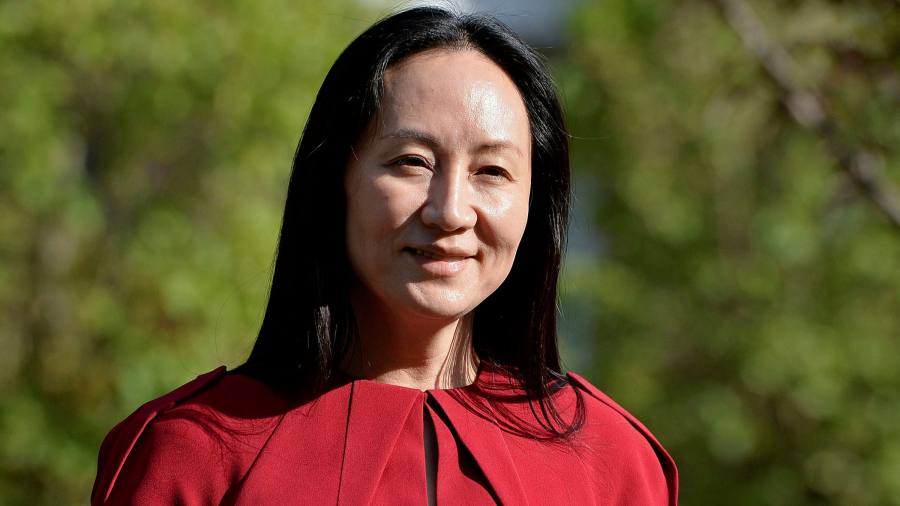 US prosecutors have reached an agreement with Meng Wanzhou, the chief financial officer of Huawei and daughter of the Chinese tech giant’s founder, to resolve fraud charges against her.

The details of the agreement are set to be announced in a court hearing in Brooklyn at 1pm, Eastern time, according to a letter from Nicole Boeckmann, acting US attorney in the eastern district of New York sent to US Judge Ann Donnelly.

Meng was arrested in December 2018 at Vancouver airport and has since been living in her mansion in the city under electronic surveillance. US authorities have sought to extradite her from Canada to face charges of bank and wire fraud, alleging she misled banks into processing transactions for Huawei that breached US sanctions on Iran.

Meng’s detention triggered a rift between Canada and China and became a flashpoint in efforts by then-US president Donald Trump to challenge Huawei’s growing sway in 5G mobile technologies. US authorities have claimed Beijing can use Huawei equipment to spy on the west.

Beijing has also detained two Canadian citizens — known as the “two Michaels” — for more than two years, in cases seen by Canada as retaliations for Meng’s arrest in Vancouver.

Michael Spavor, who ran cultural exchanges with North Korea from China, was sentenced in August to 11 years in prison after being found guilty of illegally providing state secrets to foreigners. Michael Kovrig, a former diplomat, has also been detained, reportedly accused of aiding Spavor in spying.

Spavor’s sentencing decision came a day after a Chinese court upheld a death sentence for Robert Schellenberg, another Canadian citizen, who had been found guilty of planning to send 225kg of methamphetamine to Australia. Schellenberg denies the charges.

Beijing maintains that the trials of Schellenberg, Spavor and Kovrig have been handled in accordance with Chinese law.