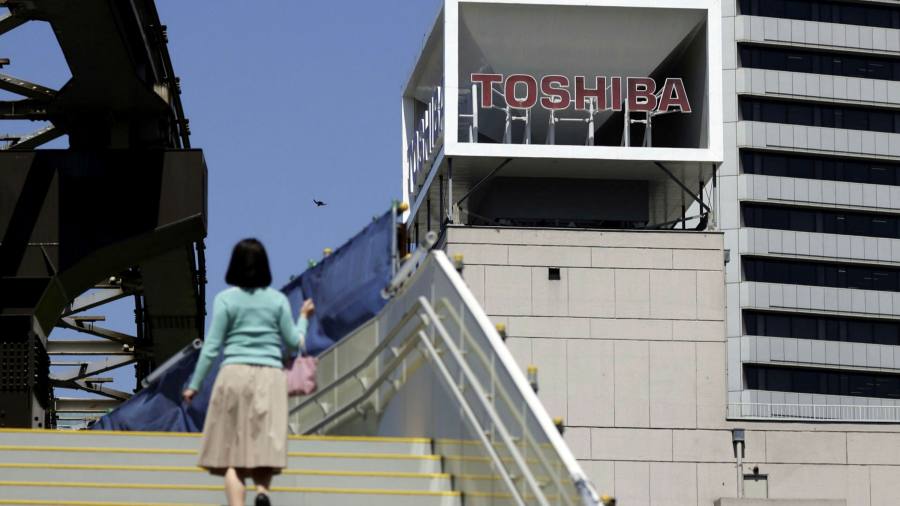 Hedge fund Elliott Management has built a sizeable stake in Japanese conglomerate Toshiba, according to people with direct knowledge of the matter, adding to what people close to the company described as a “wolf pack” of shareholder activists.

The fund, which manages $48bn in assets, has held multiple meetings with the Japanese company’s board and advisers, these people said. People close to Toshiba said that Elliott’s stake did not exceed 5 per cent.

The move by Elliott comes as Toshiba’s board is nearing the final stages of a pivotal strategic review, a set of measures forced upon the company following an activist-led shareholder revolt this year that ejected senior management.

Activist and special events funds are camped out in Toshiba’s shareholder register in the expectation that investors can force the company into a strategy that would significantly raise its share price.

The optimum prize, top shareholders have previously told the Financial Times, would be a private equity buyout that valued the entire company at over $30bn. Other measures could include the sale of major Toshiba subsidiaries, with the proceeds being used to fund a large share buyback.

People close to the Toshiba board have said in recent weeks that they have been engaging at “unprecedented levels” with the company’s shareholders. Several activist funds have said that, if the strategic review fails to show that Toshiba actively pursued the possibility of a sale to private equity, they would vote against future nominations for the chief executive. People close to two large private equity funds said, however, that they had looked at a possible buyout of Toshiba and decided against it at an early stage.

The Toshiba investment marks the latest high-profile campaign by Elliott in the Japanese market, since it took a large stake in technology investment group SoftBank last year.

The fund has been looking to expand its team in Tokyo for the rich opportunities the market has recently offered amid an increase in the sale of non-core assets by Japanese companies, according to people close to the discussions.