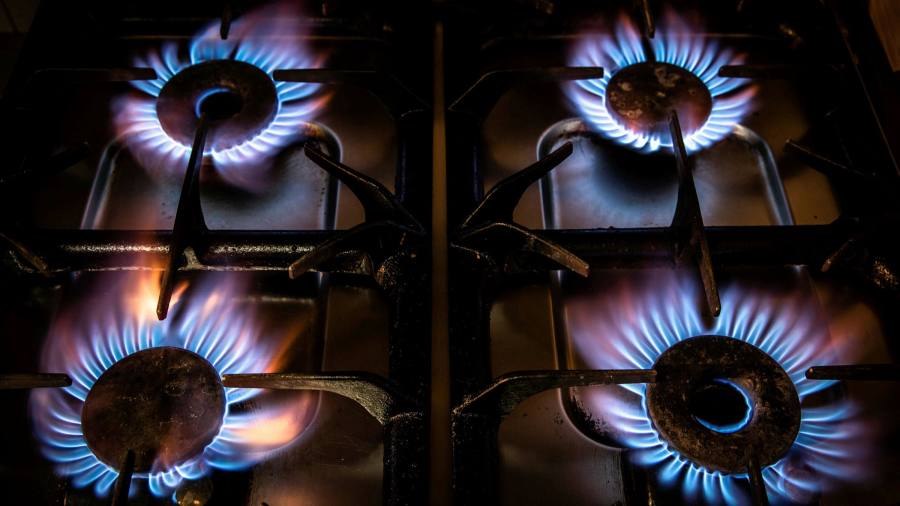 UK and European natural gas prices shot higher again on Wednesday to trade at close to 10 times their level from the beginning of the year, threatening to curb industrial activity and sharply raise inflation.

UK gas contracts for November delivery surged almost 40 per cent as trading opened to reach more than £4 per therm, having started the year below 50 pence. The contract started the week at £2.40 per therm.

Record natural gas prices are one symptom of a deepening energy crunch that has rippled across the globe as countries battle to secure fuel supplies after demand rebounded rapidly from the depths of the pandemic.

Gas prices are also at record levels in Europe and Asia, while the price of coal, which is used to generate electricity and for heating, has surpassed its all-time peak set in 2008.

“An energy crisis is unfolding with winter in the northern hemisphere still to begin,” said Stephen Brennock of PVM, an energy brokerage in London.

European gas contracts for delivery in November jumped almost 25 per cent on Wednesday to €155 a megawatt hour, up from just €18 six months ago.

Traders have pointed to lower supplies from Russia, which has repeatedly declined to sell gas beyond its contractual long-term obligations.

Domestic production of gas in Europe has also fallen sharply, while demand in Asia has risen as countries increasingly seek alternatives to highly polluting coal, creating a bidding war for cargoes of liquefied natural gas.

Gas prices in Europe eased slightly off their highs on Wednesday after an EU judge’s opinion that Russia’s Nord Stream 2 pipeline project had grounds to challenge EU rules that have threatened to slow its start-up following completion of construction last month.

Gazprom, Russia’s state-backed monopoly pipeline gas exporter, has indicated it may increase spot sales to the European market once the pipeline is approved.

Ukraine and other eastern European countries have accused Russia of trying to “weaponise” gas supplies by limiting sales through Ukraine, which NS2 would bypass by running directly through the Baltic Sea to Germany.

Kremlin spokesman Dmitry Peskov said on Wednesday there was “absolutely no Russian role on what is happening on the gas market”.

Rising energy prices are also fuelling concerns about inflation, which has dented government bond prices, particularly in the UK.

The UK is arguably more vulnerable than some countries in Europe to record gas prices because it has very limited storage capacity, leaving it reliant on a near just-in-time system of domestic production and imports both from pipelines and seaborne cargoes.

The vast majority of UK homes are heated with natural gas, and the country has shut more of its coal-fired power stations while adding renewables such as wind farms. On still days when wind power generation is lower, gas can make up more than 50 per cent of all electricity generation.

Europe is also suffering from very high electricity prices because of the surge in energy costs. The EU said on Wednesday it would review the region’s power market and consider changes to regulation.

“There is no question that we need to take policy measures,” EU energy commissioner Kadri Simson told the EU’s parliament.

French building materials company Saint-Gobain underscored the corporate impact on Wednesday when it said it was expecting energy and raw material cost inflation of about €1.5bn in 2021, up from its previous estimate of €1.1bn.

Spiralling gas prices are forcing utility companies in north-east Asia and Europe to switch to coal where possible, increasing competition for supplies at a time when big producers in South Africa, Indonesia and Russia have struggled to increase production.

On Tuesday, the benchmark index for coal imported to north-west Europe hit a record above $300 a tonne, according to price reporting agencies, with prices doubling since the start of September.

“It’s really not about prices any more, it is trying to secure material for the coming weeks or months. The market is going crazy,” said Dmitry Popov, analyst at CRU, a commodities consultancy.

Last week, Beijing ordered its state-owned energy companies to secure supplies for this winter at all costs. China has struggled to boost domestic coal supply to meet increased demand for electricity new safety measures and environmental controls. It has also banned Australian coal imports because of a diplomatic spat with Canberra over the origins of Covid-19.

India is turning to the export market for supplies of thermal coal to replenish inventories that are nearing critically low levels.

“It will be difficult for them to secure the material because supply is very tight and there is big demand from the rest of Asia, China and Europe,” said Popov.

Hong Kong services to rebound as China reopens, but UBP says sector is coming from ‘fragile situation’
Rumor has it that Dogecoin could shift to proof-of-stake — What does that mean for miners?
Binance blocks some accounts amid Bitzlato case: ‘Funds are safe’
Common investing mistakes – part 3
Gautam Adani calls off $2.5 billion equity sale as regulatory concerns grow