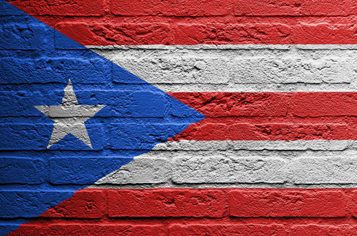 The Puerto Rico Oversight Board said the legislation proposed by the House and amended by the Senate would force it to withdraw its proposed Plan of Adjustment because thecosts are “impossible.”

“The outrageous costs of the [Senate] amendments to House Bill 1003 taken together would make the confirmation of the 7th Amended Plan of Adjustment impossible,” the board said in a release Friday. “Therefore, the Oversight Board would be forced to withdraw the proposed Plan of Adjustment from the U.S. District Court.”

Further, the Oversight Board said it is convinced the legislation “endangers Puerto Rico’s ability to come out of bankruptcy and repeats the unsustainable spending practices and policies that drove Puerto Rico into bankruptcy in the first place.”

The Senate on Wednesday amended a House bill that would allow for new bonds as part of the Plan of Adjustment to move forward, but with the spending stipulations attached.

House President Rafael Hernández Montañez said in a written statement this week his chamber would not pass a reconciliation bill on restructuring the debt unless the board guaranteed in writing that it would comply with zero cuts to pensions, allocate $62 million per year for municipal governments, provide at least $500 million per year for the University of Puerto Rico for five years, and other concessions.

The board has been negotiating with local government leaders on terms of restructured bonds and Contingent Value Instruments that are part of the Plan of Adjustment. But the board and lawmakers have been at loggerheads over cuts to the island’s pensions as part of the massive debt restructuring to get Puerto Rico out of bankruptcy.

In late September, the Board said it was willing to raise the threshold for pensions to be cut to $2,000 or more per month from its previous threshold of $1,500 or more a month. Lawmakers axed that offer.

The bill as amended and approved by the Senate, “conditions the issuance of the bonds on provisions that would cost tens of billions of dollars,” the board said.

“In addition to preventing any cuts to government retirees’ pension benefits, the Senate’s bill would prevent the freezing and reforming of the insolvent pension plans that previous Puerto Rico governments underfunded for decades,” the board said.

It adds costly mandates and massive spending increases as a condition to implementing Plan of Adjustment, the board said.

“The Oversight Board has been working for five years in good faith with retirees, unions, bondholders and other creditors to negotiate a Plan of Adjustment that is fair and sustainable, and with the Legislature and the governor to pass the legislation to issue new bonds,” the board said in the release.

The board has said it has the legal right to restructure the debt without local government approval but acknowledged getting approval would avoid complications. Bondholders have also said they would prefer the new bonds have the local government’s formal approval.