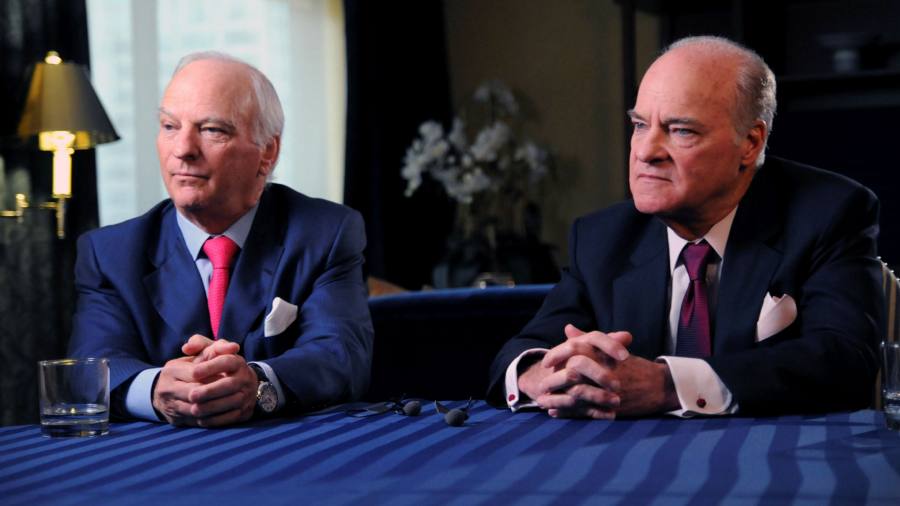 Henry Kravis and George Roberts, whose swashbuckling leveraged buyouts of the 1980s made them the face of the private equity industry, are stepping down as co-chief executives of KKR, the eponymous firm they founded in 1976.

The firm’s longtime co-presidents, Scott Nuttall and Joe Bae, will together take the helm, KKR said on Monday. Kravis and Roberts will remain executive chairs of the board of directors and maintain relationships with investors and offer counsel on the firm’s strategy.

KKR arch-rivals including the Carlyle Group, Apollo Global Management and TPG have in recent years seen their long-standing founders pass the torch to a younger generation as the $4tn private equity industry matures and moves beyond debt-fuelled corporate acquisitions.

“We could not be more excited about this moment in time,” said Kravis, 77, and Roberts, 78, in a joint statement. “There is such a huge need for private capital to support businesses, and KKR still has so much potential even 45 years later.”

Kravis and Roberts, cousins who studied together at Claremont Men’s College in the late 1960s, would go on to work together at investment bank Bear Stearns before departing with their mentor, Jerome Kohlberg, to form Kohlberg, Kravis, Roberts & Co.

The firm took off the following decade with the advent of the junk bond market, acquiring such household names as Safeway and Duracell. But KKR’s $25bn conquest of RJR Nabisco in 1989, immortalised in the book Barbarians at the Gate, would come to symbolise a new kind of scorched-earth finance that created billionaires but left carnage among busted-up companies and communities. Kohlberg left KKR in 1987 and died in 2015.

Kravis and Roberts have remained intimately involved in the firm despite its size. KKR has almost 2,000 employees and manages $429bn in assets spread across private equity, real estate, insurance and credit investing. Roberts has maintained his base in San Francisco while Kravis, in New York, has been one of the most visible members of that city’s business community.

This year, KKR closed the $5bn acquisition of Global Atlantic, a life insurance company, which expands its reach into fixed income investing and corporate lending. KKR went public in 2011; its shares have risen 130 per cent since the start of 2020, giving it a market cap of more than $60bn.

As KKR and its peers have come to manage hundreds of billions of dollars and have evolved from insular partnerships into large, listed companies, they have carefully had to balance the controlling impulses of their founders with the need to attract public market investors and peacefully exist in the public glare. KKR has reorganised itself as a corporation, paying a higher tax rate, while announcing plans to have a one-share, one vote structure.

Nuttall, 48, and Bae, 49, each joined KKR in 1996 in their twenties. Bae had built KKR’s Asian business while Nuttall focused on the firm’s capital markets and credit activities.

Kravis and Roberts are KKR’s top two shareholders, which entitled them to $90m each in dividend payouts in 2020.

What Can You Expect to Make on Average as an Options Trader?
Here’s What You Need To Know About Toxic Furniture
Salt Lake City, Dallas And Denver Are Expected To Have The Biggest Inventory Gains In 2023
Robots could surpass workers at Amazon by 2030, Cathie Wood says
Munis firmer across the curve, outflows return