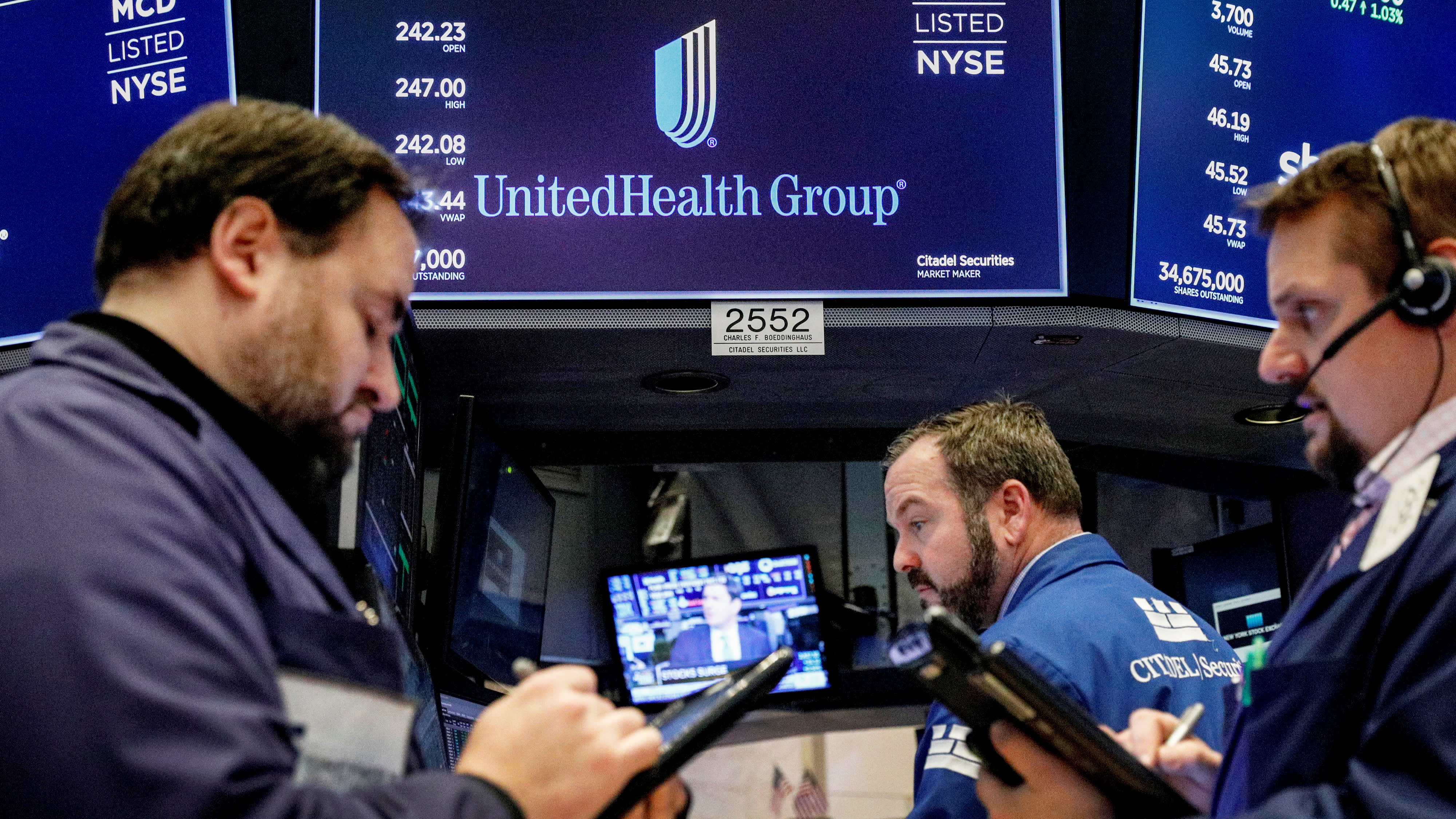 Check out the companies making headlines before the bell:

UnitedHealth (UNH) – The health insurer’s shares rose 2.2% in the premarket after beating on the top and bottom lines for the third quarter and raising its full-year earnings forecast. UnitedHealth earned $4.52 per share, 11 cents above consensus, helped by revenue gains at its Optum drug benefits unit.

Bank of America (BAC) – Bank of America shares gained 2.8% in premarket trading, after reporting third-quarter earnings of 85 cents per share. That compares with a 71-cent consensus estimate and revenue that also topped forecasts, helped in part by a double-digit percentage increase in net interest income.

Wells Fargo (WFC) – Wells Fargo reported adjusted quarterly earnings of $1.22 per share, compared with a consensus forecast of 99 cents, while revenue also came in above estimates. Wells Fargo’s results were helped by a release of funds that had been set aside to cover bad loans. The stock added 1.2% in the premarket.

Walgreens Boots Alliance (WBA) – Walgreens shares rallied 2.4% in the premarket as its adjusted quarterly earnings of $1.17 per share came in 15 cents above estimates. Revenue also beat consensus estimates, with results helped by more Covid-19 vaccinations as well as growth in sales of at-home Covid tests and sales of cold and flu products.

Caterpillar (CAT) – The heavy equipment maker was up 1.2% in premarket action after Cowen began coverage with an “outperform” rating, saying it sees the first “megacycle” for Caterpillar in 14 years.

Taiwan Semiconductor (TSM) – The chip maker reported a better-than-expected 13.8% jump in third-quarter profit, thanks to the surge in global chip demand and a shortage that’s pushed prices higher. Shares jumped 3.8% in the premarket.

Shopify (SHOP) – Shopify is partnering with Microsoft (MSFT), Oracle (ORCL) and other cloud providers to help businesses streamline their operations. Various tools from those providers will now be integrated into the Canadian e-commerce company’s platform for its customers.

Avis Budget (CAR) – Avis Budget was downgraded to “underweight” from “equal-weight” at Morgan Stanley, citing a number of factors including valuation. The car rental company’s shares have increased five-fold over the past 12 months, and Morgan Stanley feels Avis Budget is at peak cyclical earnings. The stock tumbled 4.3% in the premarket.

UPS (UPS) – UPS was upgraded to “buy” from “hold” at Stifel Financial, citing valuation, secular volume growth from e-commerce and continued focus on yield management. Stifel also increased its price target for the stock to $224 per share, representing a potential increase of 22% from current levels. UPS added 2.6% in premarket trading.

How to mine Bitcoin at home
Should You Hide Out in Wal-Mart’s Stock?
How to Find Unusual Options Activity in ThinkorSwim (Sizzle Index)
UBS trims banker ranks
More detail on what exactly caused NYSE’s trading glitch on Tuesday