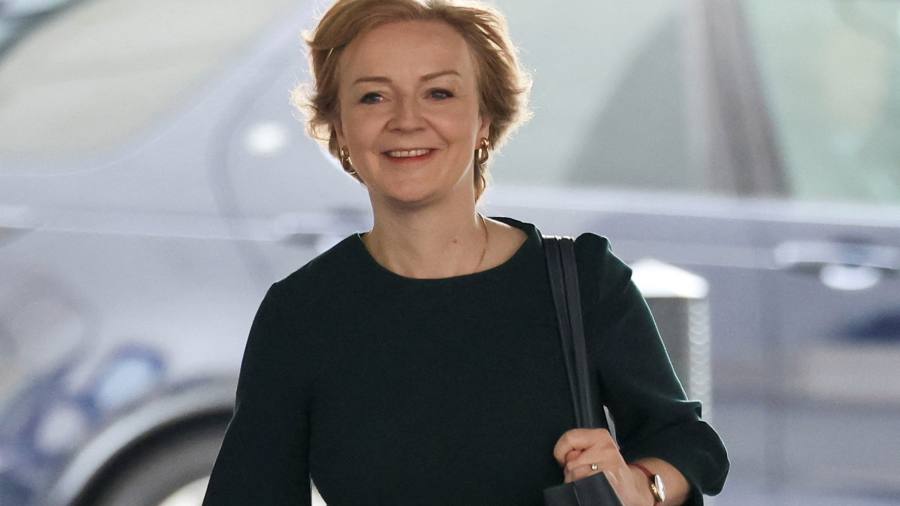 Liz Truss, widely expected to be named Britain’s prime minister on Monday, has promised to tackle the cost of living crisis in her first week in Number 10, as she looks to accelerate long-term reforms to the electricity market.

Truss, the foreign secretary, said she would immediately set out “action on energy bills and energy supply” while her new chancellor — expected to be Kwasi Kwarteng — would flesh out details in a mini-Budget later this month.

The results of the seven-week contest to find a new Conservative leader will be announced at lunchtime on Monday, with Truss expected to beat her rival, former chancellor Rishi Sunak.

Boris Johnson will make a farewell statement in Downing Street on Tuesday morning before flying to Balmoral, the Queen’s Highland residence, to tender his resignation.

The new Tory leader will then also travel to Balmoral before returning to Downing Street on Tuesday afternoon to face one of the most daunting in-trays of any incoming prime minister.

Truss, writing in the Sunday Telegraph, repeated her promise of tax cuts for business and households but also said: “I will take decisive action to ensure families and businesses can get through this winter and the next.”

Sunak’s team claims that a combination of short-term palliative measures coupled with Truss’s promises to reverse increases in national insurance and corporation tax, and with her pledge for higher defence spending could cost more than £100bn.

Truss said her approach would be “underpinned by a firm grip on the public finances and commitment to the principles of sound money and a lean state”.

Treasury insiders are worried about the impact of new borrowing at a time of rising interest rates and market jitters about the British economy, but Truss has dismissed “stale thinking” in the UK economic establishment.

She said she would appoint a council of economic advisers that would bring together “a team of world-class economists so my chancellor and I have the best ideas and latest research on how to get the economy moving”.

Truss also said she wanted to move away from an approach of “sticking plasters and kicking the can down the road” and her allies have talked about reforms to the energy market to lessen the impact on future crises.

Kwarteng, current business secretary, wants to speed up reforms to the wholesale electricity market to break the link with volatile gas prices. The current system means that even those producing power from nuclear or renewables can receive high wholesale prices for electricity because of high market prices for gas.

Sunak had proposed a temporary windfall tax on electricity generators that would raise £3bn-£4bn a year until the market is fixed, but Truss has ruled out extending the existing levy, which applies only to North Sea oil and gas producers.