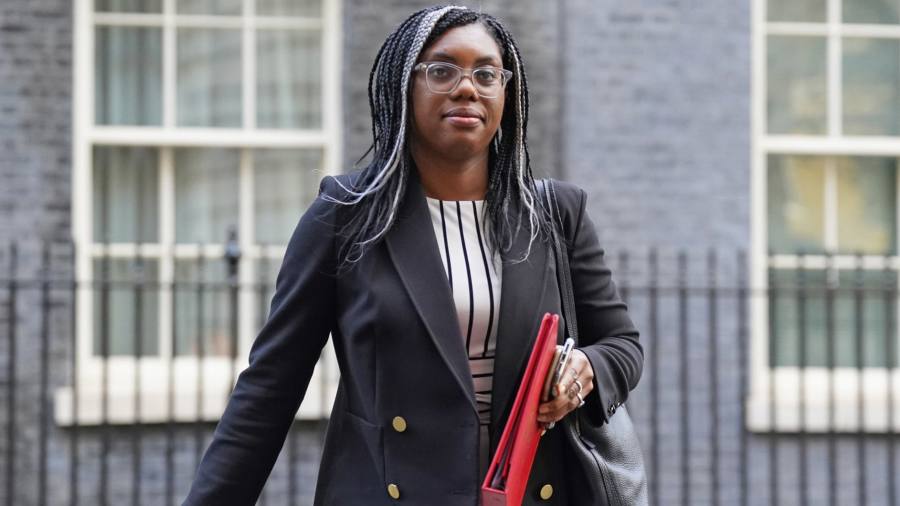 Britain has joined the international criticism of Joe Biden’s massive US package of green subsidies, warning they are protectionist and will hit UK-based makers of electric vehicles, batteries and other renewables.

Kemi Badenoch, the UK’s international trade secretary, has written to her US counterpart, Katherine Tai, to protest at the structure of the Biden administration’s $369bn attempt to green the economy.

The Inflation Reduction Act (IRA), which passed Congress in August, includes tax credits for green technologies aimed at luring investment to the US and cutting carbon emissions.

The EU, South Korea and Canada are among those to claim the act breaches World Trade Organization rules by tying aid to US domestic production, but until now Britain has kept a low profile on the issue.

Badenoch claimed in her letter, seen by the Financial Times, that the US plan would “harm multiple economies across the world and impact global supply chains in batteries, electric vehicles and wider renewables”.

Although she welcomed efforts by the US to address climate change, Badenoch warned they should not be at the expense of free trade and that both sides should stick to rules of the international trading system.

One particular bugbear is a provision to restrict a $7,500 subsidy for purchases of electric vehicles to those substantially made with parts from North America and assembled there.

The raw materials for batteries would need to be sourced from countries with a free trade agreement with the US, excluding the EU and UK.

However, Biden has hinted that the provision could be interpreted to include “allies” because Congress, when it wrote the act, did not mean to exclude them.

A spokesperson for Tai said: “As President Biden has made clear, the United States is listening to the concerns of our allies and partners regarding their concerns about the IRA, and we remain committed to working together on a productive way forward.”

This month the US Treasury said it planned to release more information on “the anticipated direction” of the critical minerals and battery components of the IRA’s tax credit scheme before the end of the year, but would not issue the full details until March.

Badenoch said in her letter that if special deals were on the table, Britain should get one: “The UK expects to be and should, as the closest of US allies, be part of any flexibilities in the implementation of the IRA.”

“We are not sitting back,” said one ally of Badenoch. “We are speaking to the US about this on almost daily basis.” Badenoch said any protectionism would benefit “our most prominent competitors” — viewed as a reference to China.

Britain, with its stretched public finances, is in a similar position to a number of EU countries which would be highly reluctant to enter into a subsidy race with Washington.

Biden has promised “tweaks” in how the legislation is put into effect and already delayed the changes on electric vehicles from January to March.

A joint EU-US task force is identifying possible improvements that could be made without sending the act back to Congress. The US Treasury and the Internal Revenue Service, the US tax authority, are currently in the process of consulting with industry on how to implement the legislation.

US allies hope that grey areas in the language of the bill can be used by Treasury officials to soften the impact on foreign businesses.

EU officials hope they can make use of a loophole that means commercial vehicles do not have to be assembled in the US to qualify for the $7,500 consumer tax credit. Vehicles leased by individuals could be classed as commercial sales, according to those with knowledge of the talks.

The EU has said it is working on an overhaul of its subsidy rules to allow more money to be channelled to businesses faced with US competition.

Mike Hawes, chief executive of the Society of Motor Manufacturers and Traders group in the UK, said: “The UK and US automotive industries have a longstanding and productive relationship, supporting jobs and vehicle manufacturing across the Atlantic. Measures that support free and fair trade between us should, therefore, be encouraged, rather than those that seek to protect individual markets.”