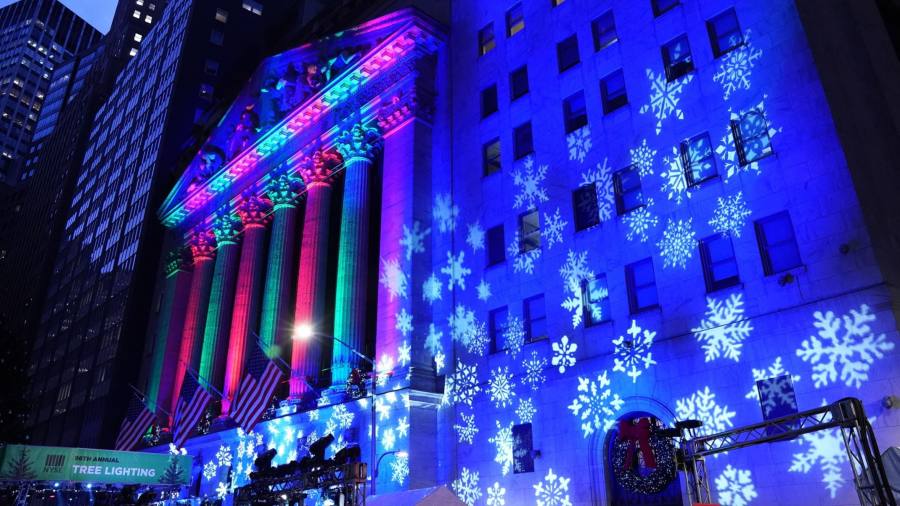 Hedge funds trading bonds and currencies are on track for their best year since the global financial crisis, boosted by the steep interest rate rises that have inflicted heavy losses on equity specialists and mainstream investors.

So-called macro hedge funds, made famous by the likes of George Soros and Louis Bacon, endured a barren period when markets were becalmed by trillions of dollars of central bank bond buying after 2008. But this year they have thrived thanks to seismic moves in global bond markets and a bull run in the dollar as the US Federal Reserve and other central banks battle soaring inflation.

Among the winners have been billionaire trader Chris Rokos, who recovered from losses last year to gain 45.5 per cent in 2022, helped by bets on rising interest rates, including during the UK’s market turmoil in the autumn. It leaves the Brevan Howard co-founder on track for his best year since launching his own fund, now one of the world’s biggest macro funds with about $15.5bn in assets, in 2015.

Caxton Associates chief executive Andrew Law gained 30.2 per cent to mid-December in his $4.3bn Macro fund, which is shut to new money, according to an investor. Said Haidar’s New York-based Haidar Capital has gained 194 per cent in its Jupiter fund, helped by bets on bonds and commodities, having at one stage this year been up more than 270 per cent.

“It reminds me of the early part of my career when macro funds were the dominant style of investing,” said Kenneth Tropin, chair of $19bn-in-assets Graham Capital, which he founded in 1994, referring to strong periods for macro traders in the 1980s, 1990s and early 2000s.

“They were truly hedge funds that intentionally were not correlated to people’s underlying exposure in stocks and bonds,” added Tropin.

Global stocks have dropped 20 per cent this year, while bonds have delivered their biggest declines in decades, making 2022 a year to forget for most asset managers. But hedge funds that can bet against bonds or treat currencies as an asset class have leapt ahead. Macro funds on average gained 8.2 per cent in the first 11 months of this year, according to data group HFR. That puts them on track for their best year since 2007, during the onset of the global financial crisis.

Traders profited from bets on rising yields, such as in US two-year debt, whose yield has soared from 0.7 per cent to 4.3 per cent, and the 10-year gilt, which has risen from 1 per cent to 3.6 per cent. A surprise change by the Bank of Japan to its yield curve control policy, which sent Japanese government bond yields soaring, delivered a further boost to returns.

“They have given every macro trader a lovely Christmas — even the office security guards are short Japanese government bonds I think,” quipped one macro hedge fund manager.

With the “artificial suppression of volatility” from ultra-loose monetary policy now gone, macro traders were likely to continue to profit from their economic research, said Darren Wolf, global head of investments, alternatives at Abrdn.

Computer-driven hedge funds have also benefited, with many of the market moves providing long-lasting trends. These so-called managed futures funds are up 12.6 per cent, their best year of returns since 2008.

London-based Aspect Capital, which manages about $10bn in assets, gained 39.7 per cent in its flagship Diversified fund. It profited in markets including bonds, energy and commodities, with its biggest single win coming from bets against UK gilts. Leda Braga’s Systematica gained 27 per cent in its BlueTrend fund.

The gains stand in sharp contrast to the performance of equity hedge funds, many of which have endured a miserable year as the high-growth but unprofitable technology stocks that climbed in the bull market were sent plummeting by rising interest rates.

Chase Coleman’s Tiger Global, one of the biggest winners from soaring tech stocks at the height of the coronavirus pandemic, lost 54 per cent this year. Andreas Halvorsen’s Viking, which moved out of stocks trading on very high multiples early this year, lost 3.3 per cent up to mid-December.

Meanwhile, Boston-based Whale Rock, a tech-focused fund, lost 42.7 per cent. And Skye Global, set up by former Third Point analyst Jamie Sterne, lost 40.9 per cent, hit by losses on stocks such as Amazon, Microsoft and Alphabet. Sterne wrote in an investor letter seen by the Financial Times that he had been wrong about the “severity of the macro risks”.

Equity funds overall are down 9.7 per cent, putting them on track for their worst year of returns since the financial crisis of 2008, according to HFR.

“Our largest disappointment came from those managers, even well-known ones with long track records, who failed to anticipate the impact of rising rates on growth stocks,” said Cédric Vuignier, head of liquid alternative managed funds and research at SYZ Capital. “They didn’t recognise the paradigm shift and buried their heads in the sand.”

With the exception of 2020, this year has marked the biggest gap between the top and bottom deciles of hedge fund performance since the aftermath of the financial crisis in 2009, according to HFR.

“Over the last 10 years, people were rewarded for investing in hedge fund strategies correlated with [market returns],” said Graham Capital’s Tropin. “However, 2022 was the year to remind you that a hedge fund should ideally give you diversity as well.”